Envisioning what is possible: The Grue Church Project 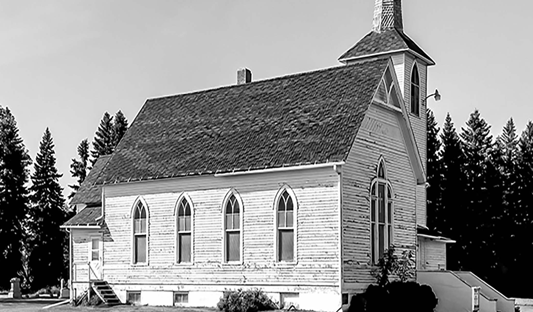 In the small community of Buxton, ND stands a 130-year-old church that was scheduled to be

destroyed in 2020. A group of passionate people in the community decided to not only save the building, but restore, re-purpose and reimagine ways to use the facility to celebrate its heritage and continue the cultural folk traditions it was founded upon.

The structure was originally built to be a Norwegian Evangelical Lutheran Church and continued that mission until its membership decreased to only about four or five active families (Knudson, Grand Forks Herald, 2022). The building was also in need of major repairs, including an expensive new roof. The church council voted to close the church and burn it to the ground.

But the community stepped in and decided to try and save the church building. 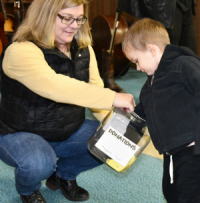 Bobbi Hepper-Olson (left), a Buxton architect and member of one of the original families who built the church, along with other community members, formed the Grue Church Project under Buxton in Bloom. The goal was to preserve the building and transform its purpose.

The project consists of six phases. It will begin with exterior updates – most importantly fixing the leaking roof – and then updating and restoring the interior in part to “bring back original tin ceilings … and restore wood floors.” (Grue Church Project Brochure, 2021) The final phase includes building a new addition. The idea is to create a space that can be used for multiple purposes.

The leaders of the Grue Church Project are hoping the new facility will be a cultural center that is not only ideal for worshipping, but also a perfect venue for weddings, family reunions, live music events, lectures, workshops and different kinds of cultural events. There might also be artisanry installations and lectures for community outreach.

The project has already received major grants from the American Scandinavian Foundation, the North Dakota Council on the Arts (NDCA) and most recently, the ND State Historical Society. 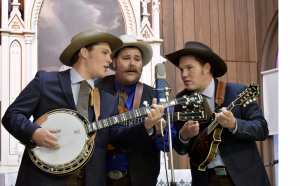 While the project may be in the beginning stages, it is off to a great start. Thanks to the hard work, determination, foresight and resiliency of the community, the historic building is well on its way to becoming a central location for people in Buxton and the surrounding area to gather and celebrate in a reimagined way.

To learn more about the Grue Church Project, including ways you can help, visit their website www.gruechurchproject.com.