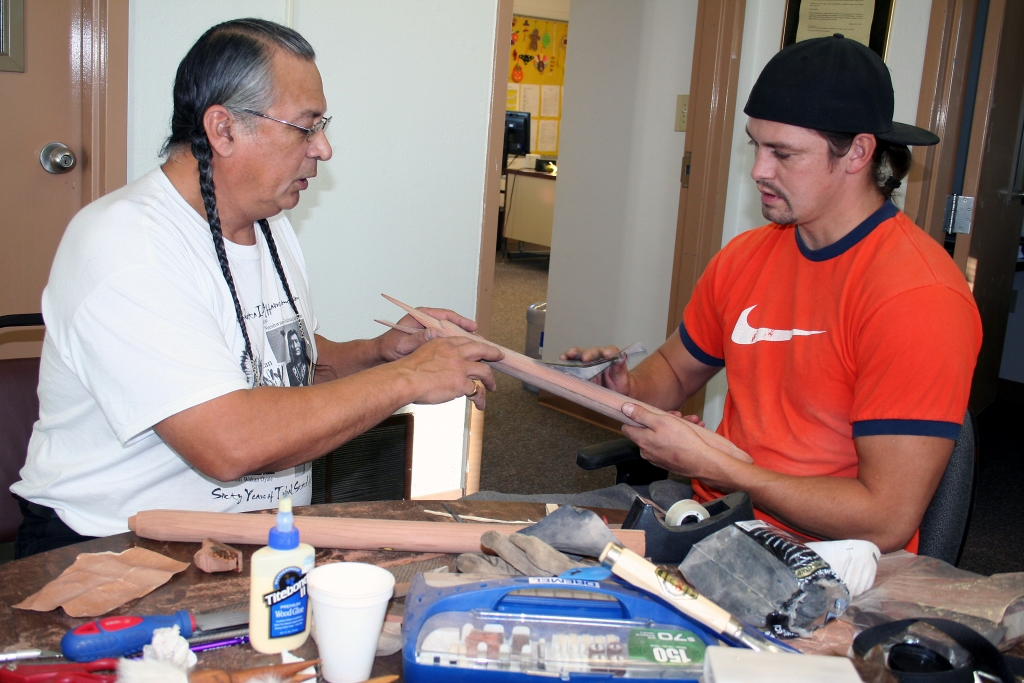 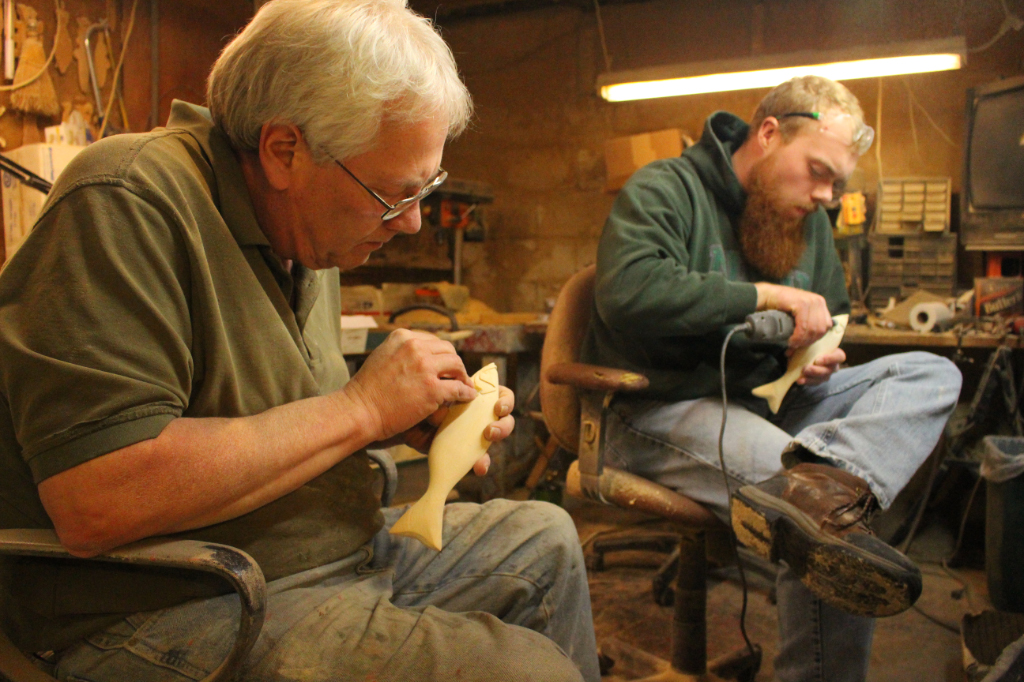 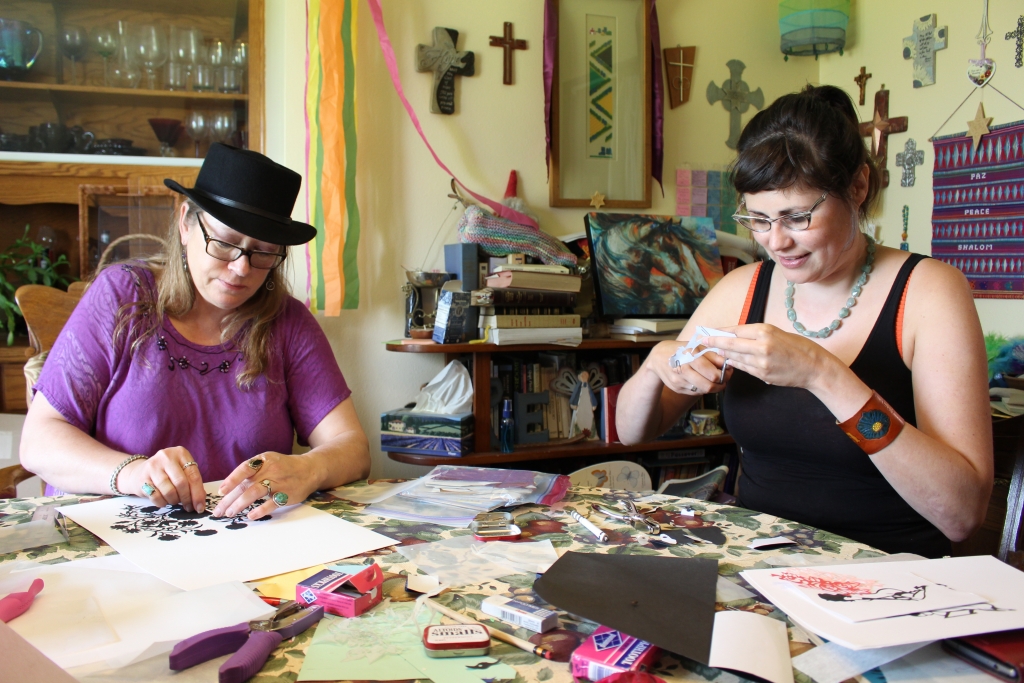 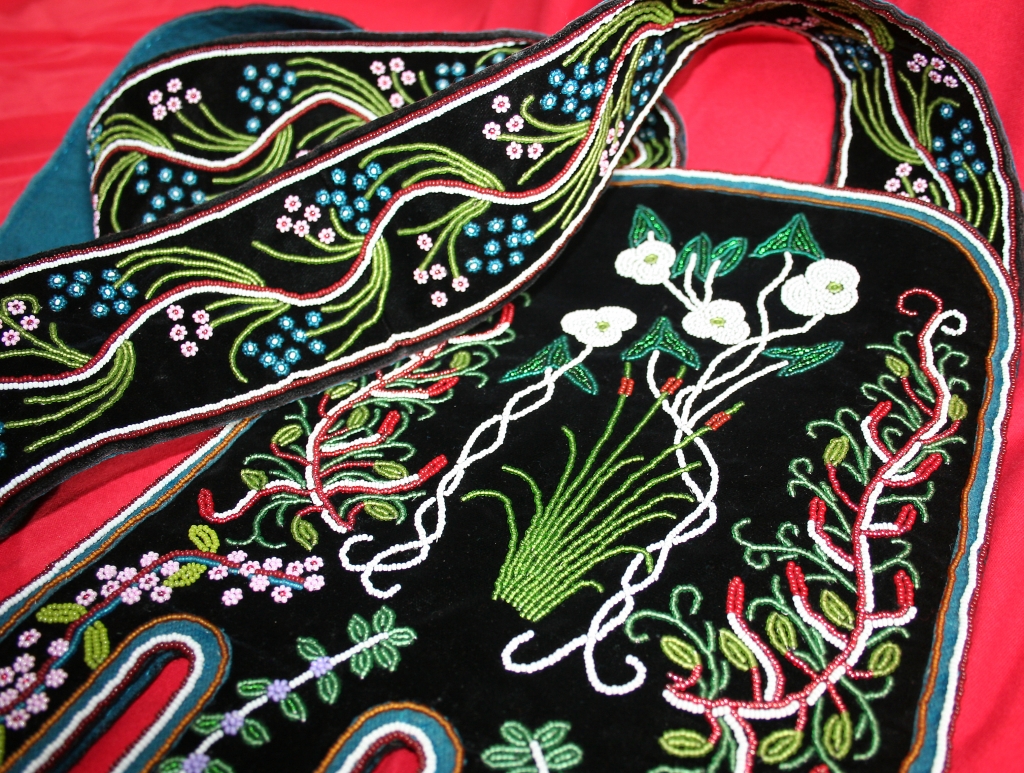 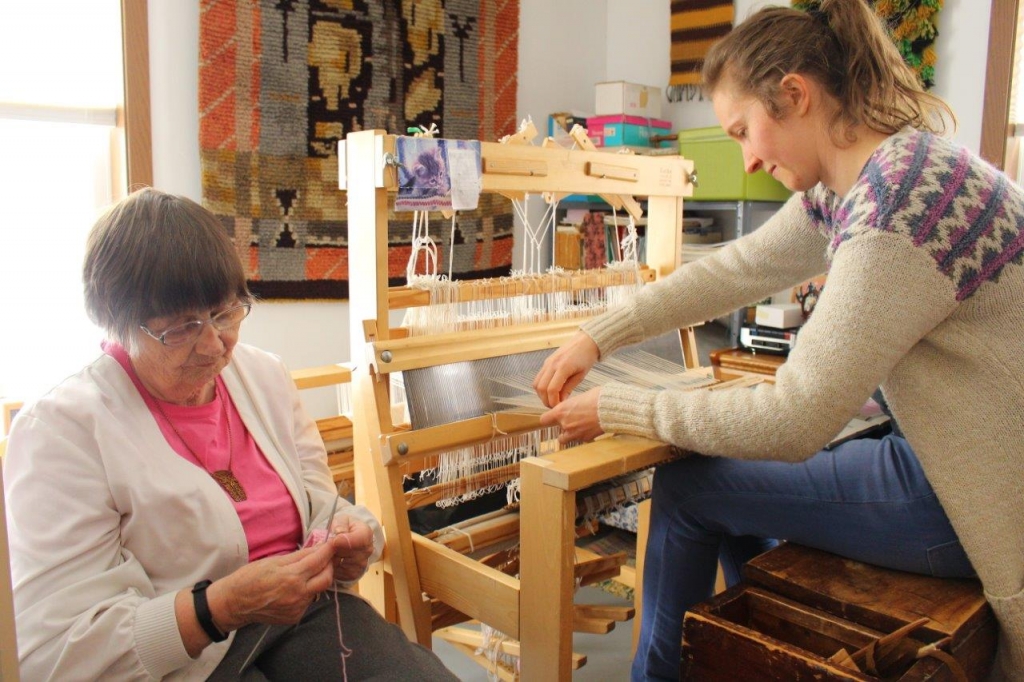 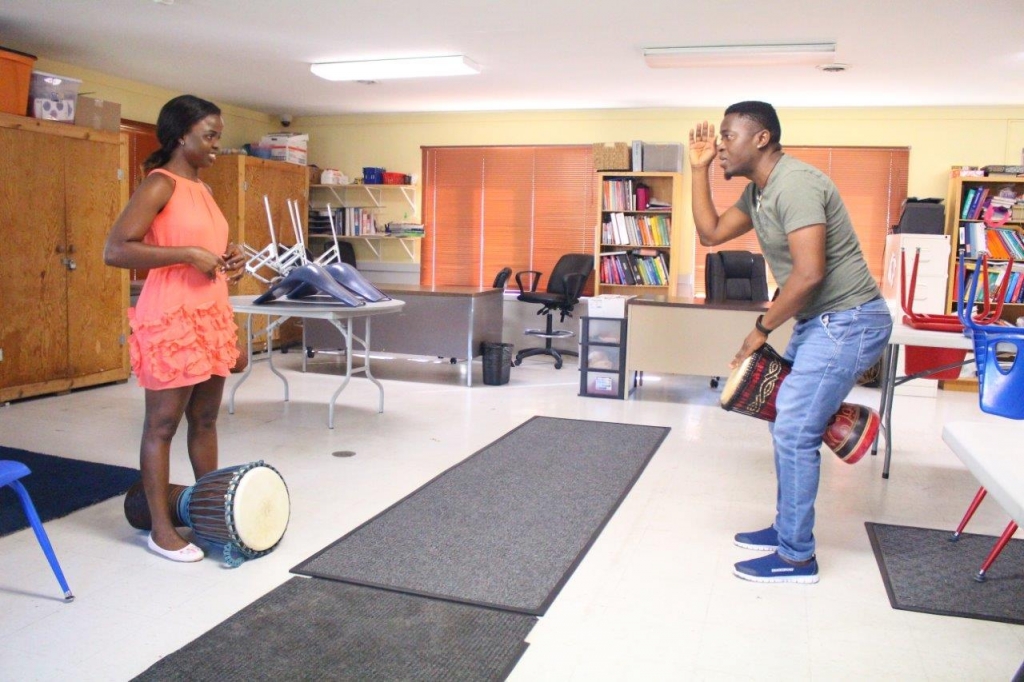 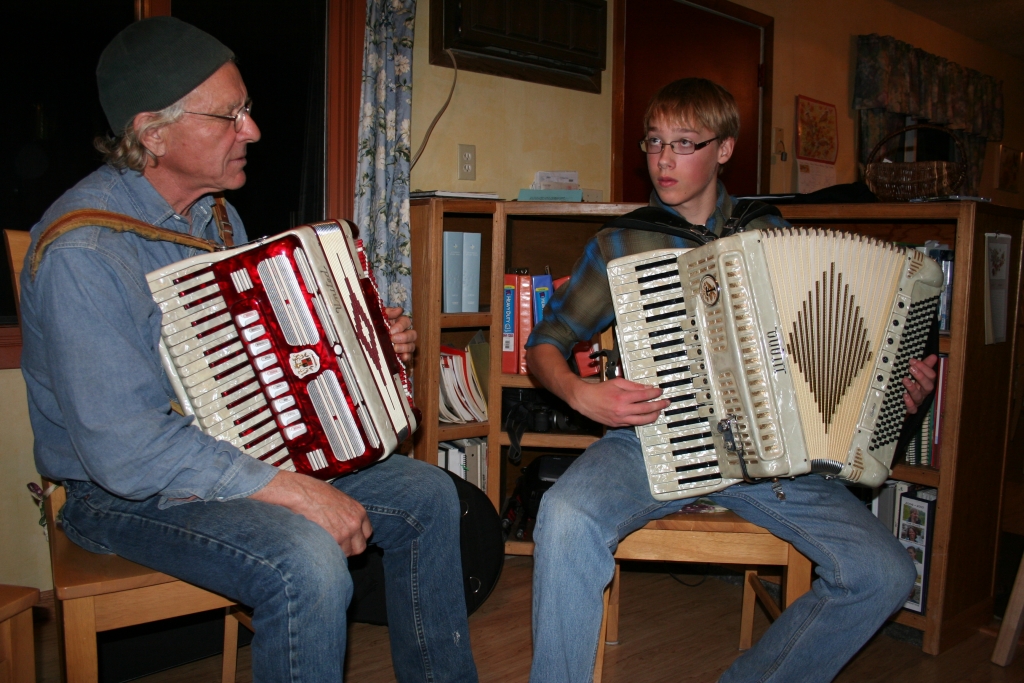 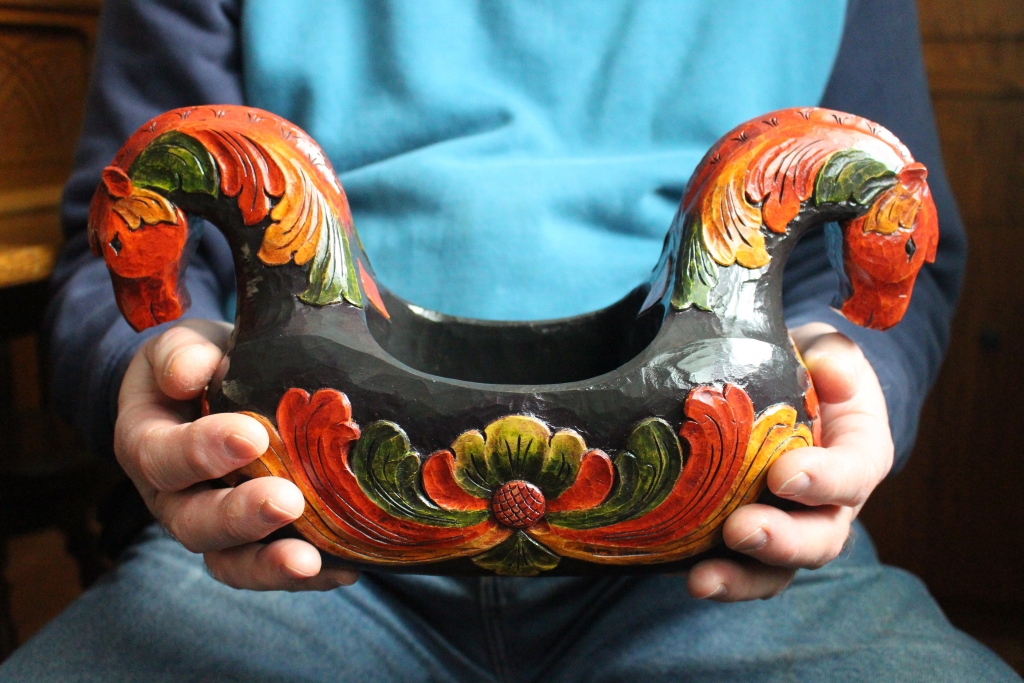 The Folk and Traditional Arts Program highlights and supports traditional culture and traditional/folk art throughout the state of North Dakota. It seeks to help preserve, continue, grow, and make better known the many traditions, folk arts, and artists in our state. This effort begins with fieldwork and the Folk and Traditional Arts Apprenticeship Program that identifies and documents traditional art forms and folk artists. This fieldwork documentation often is used to develop exhibits, recordings, special projects, and to introduce traditional artists to NDCA’s grant programs and other opportunities.

Anita and Alice Seavey, two young sisters from NDCA's Folk and Traditional Arts Apprenticeship Program created a short video about their apprenticeship. You can view this video at https://www.youtube.com/watch?v=5iO-7e8WjEc.

This video of the Bharatanatyam Arrangetram (a dance graduation performance) is of three of NDCA’s young apprentices from the Folk and Traditional Arts Apprenticeship Program. Ishika Gupta, Priya and Pooja Potluri are the apprentices. Margreat Sam is the master dance instructor. The video is available at https://youtu.be/CFlQttVdXWs.

The Hammer and the Axe

The Hammer and the Axe is a 5 ½-minute documentary featuring traditional blacksmith master Doug Swenson of Hawley, Minnesota, and his NDCA apprentice Tim Jorgensen of Fargo, North Dakota. The film was produced and directed by Greg Carlson who teaches in Concordia University’s Communication Studies and Theatre Arts Department. Edging out hundreds of films submitted from around the world, The Hammer and the Axe received international honor as a finalist in the 2014 International Documentary Challenge. The film shows Doug and Tim working together through their 2013-14 Folk and Traditional Arts Apprenticeship Program grant from NDCA. The documentary is available online at http://vimeo.com/93060846

97-year-old Specializes in Tin Man Art
(Courtesy of KXMB-TV) Ervin Jose's Tin Man are available to purchase at the Heritage Center. For the video and story visit: http://www.kxnet.com/story/27348567/97-year-old-specializes-in-tin-man-art

Minnesota Bound filmed ND folk artist Rick and Connie Whittier. Ice fishing is an iconic winter activity practiced in North Dakota, indeed, throughout the Northern Great Plains.  From this tradition comes the folk art of spear fish decoy carving and painting, and one of its most recognized and prolific folk artist is Rick Whittier with his wife Connie of Lidgerwood, North Dakota.  Rick has taught as a master artist in the NDCA’ Folk and Traditional Arts Apprenticeship Program, exhibited his work in the Office of the Governor, and sells his decoys all over the world. Featured in episode #726 on January 25, 2015, on the television show Minnesota Bound, learn about Rick, Connie, and their art: http://mnbound.com/watch-mn-bound.

The following documentaries were produced by North Dakota Council on the Arts in partnership with Prairie Public Broadcasting, the Bush Foundation, and the Spirit Room Gallery.

A Lyrical Life: The Struggle and Hope of South Sudan: This documentary introduces people to the culture, history, music, and dance of the Ma’di people of southern Sudan and northern Uganda. Through three traditional songs, the issues associated with the struggle of South Sudan are revealed; centuries-old conflicts over religion, slavery, race, genocide, displacement, war, and refugee status. “Hope” refers to the reconciliation process taking place in Africa and in America in places like North Dakota where the featured musicians now live.

God Given: Cultural Treasures of Armenia: The exquisite metal repoussé artistry and life experiences of National Endowment for the Arts National Heritage Fellowship recipient Norik Astvatsaturov, formerly of Baku, Azerbaijan, now an American citizen in Wahpeton, North Dakota, reflect in microcosm the history and culture of Armenia. Armenia is an ancient country in Eurasia’s mountainous Transcaucasian region within an area often referred to as the ‘Cradle of Civilization.’ Because of its position as a crossroads between East and West, Christian and Muslim, Armenia’s existence is marked throughout by turbulent occupation and persecution stemming, in part, from cultural and religious intolerance.

Turtle and Pretty Crane: This documentary features renowned Mandan and Hidatsa storyteller and flute player Keith Bear from Drags Wolf Village on the Forth Berthold Indian Reservation of northwestern North Dakota. The traditional story told is included also in greater detail on the NDCA produced CD Morning Star Whispered. The narrative is described by Keith as an American Indian “Romeo and Juliet.”

The Woman Who Turned Herself to Stone: This documentary features renowned Dakotah and Hidatsa storyteller and National Endowment for the Arts National Heritage Fellowship recipient Mary Louise Defender Wilson from the Standing Rock Indian Reservation of south-central North Dakota. The traditional story told is included also in greater detail on the NDCA produced CD The Elders Speak. The narrative describes what happens to a young girl who dearly loves nature and who helps people to this day.

The Fellows were featured in a free performance at George Washington University Lisner Auditorium on October 4, 2012, the recipients were Paul & Darlene Bergren, Dog Sled and Snowshoe Designers and Builders from Minot, ND. To view photos and watch the concerts, visit www.arts.gov/honors/heritage/gallery2012/gal.php?event_current=awards.