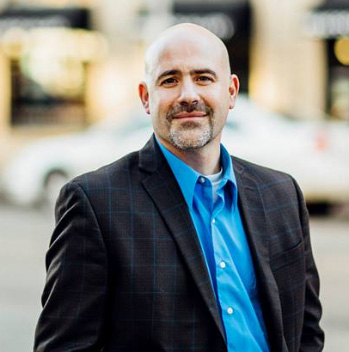 Dr. Shawn Oban, Ed.D. has lived in the Bismarck community almost his entire life, a product of Bismarck Public Schools’ Riverside Elementary, Wachter Junior High, and Bismarck High School graduating in 1991. Shawn currently serves as an elementary principal at Horizon Middle School as well as all of Bismarck Public Schools as the Fine Arts Coordinator and earned his doctorate degree in Educational Leadership from the University of North Dakota in December 2015.

Outside the school walls, Shawn is a working musician, having played around the Bismarck community for the past 25 years with several groups, as a solo act, and for countless charities and events. In 2012, his dedication as a musician, a leader in education, and a fierce advocate for children and the arts was recognized by being named to Bismarck Tribune’s “40 under 40”. In June 2016, he was elected to the Bismarck City Commission serving one term.