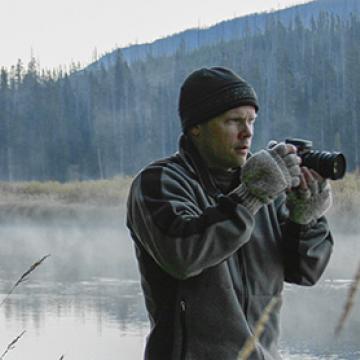 Jeff Hoff, a native of Devils Lake, currently works for Otter Tail Power Company, in Jamestown ND, as an Energy Management Rep and has been a professional wildlife artist for the past 23 years. Jeff stumbled upon his love to paint by accident while attending NDSU for one semester.  With hopes of playing football he needed to fill his class schedule.  With all the “necessary” classes already full, he had no choice but to take an introductory painting class. As it turned out he loved it. Jeff left NDSU and finished his education at Mayville State University with a degree in Business Administration. Jeff has won several awards with his artwork including state duck stamp wins in the states of Nevada, Oklahoma, Ohio, Iowa and Michigan and has also finished in the top 5 twice in the Federal Duck Stamp Contest.

Jeff's love for wildlife and nature are the two driving forces that continue to inspire and push him to follow his passion to paint.