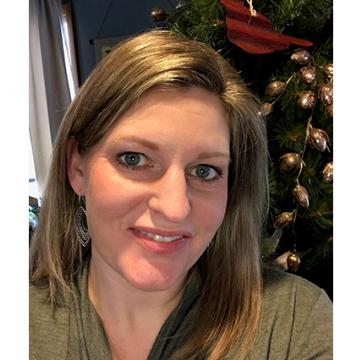 Onesti Krieger’s love for the arts and education began when she was in fourth grade, and still continues to grow. She had an incredible teacher who put great effort into teaching art. This was the first time she felt connected in a learning environment. Onesti majored in visual arts, at Moorhead State University in Moorhead, Minnesota, then attended Williston State College (WSC) in Williston, North Dakota where she received an Associate of Arts and Associate of Science.

Onesti is currently enrolled again at WSC pursuing a degree in education. She taught art at the James Memorial Art Center in Williston for six and a half years and was asked to join their volunteer-working board where she served for five and a half years. For three of the five years she was the Education Committee chairperson and on the Building Committee. Onesti started working for Williston School District #1 as a substitute teacher a year ago. She also owns and operates her own business, Transition Painting.